I popped by the Ecuadoran Embassy the other day as it was reported that Julian Assange might be expelled. I was in town already so I figured I might as well go and see what was going on. For those of you that don’t know the embassy where Jullian Assange has been stuck in for about 8 years is near Harrods in Knightsbridge London.

There was very little going on as some minutes before the claimed that he was going to be expelled were denied by the Ecuadoran Embassy, and it would appear that he would remain in there.

I had the Panasonic G80 with me, and the 20mm F/1.7 lens. I include a few pictures below. Not the mist exciting picture I have ever taken but I like the length. It seems really sharp and its not too intrusive. 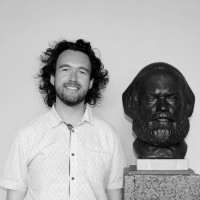